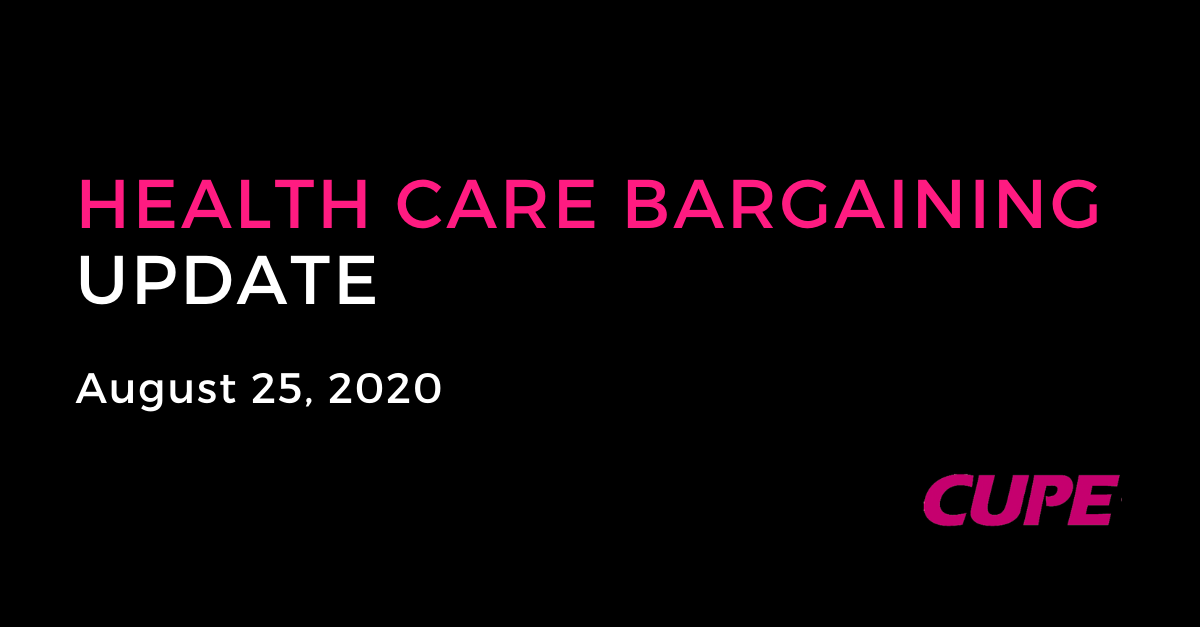 CUPE has been pushing to get the employer to the bargaining table to negotiate a new collective agreement.  Unfortunately, due to the COVID pandemic, bargaining has once again been delayed.  But that does not mean
the work has stopped.

CUPE launched our Pre-bargaining Survey in March 2020, to gather feedback for bargaining proposals.  Your bargaining team is working hard to build the strongest negotiating package possible to bring to the table and is meeting to prepare our proposals.

Some CUPE health care locals will also be having site meetings (meetings at your workplace) to prepare for bargaining, so stay tuned!  Note:  Your old contract covers you until bargaining is done and you vote on the new collective agreement.

The Manitoba government tried to freeze your wages by using legislation (law) to prevent all unions from negotiating pay.  CUPE and other unions united under the Manitoba Federation of Labour to fight the wage freeze law in court.
We won!  However, the government recently announced they will be appealing that decision.  This means we will most likely have to go back to court, but we will keep fighting the wage freeze as long as it takes.

CUPE has been at the forefront in the media and with the employer fighting for your rights during COVID-19.  If you have any concerns in the workplace about health and safety, or your rights, do not hesitate to contact CUPE right away.