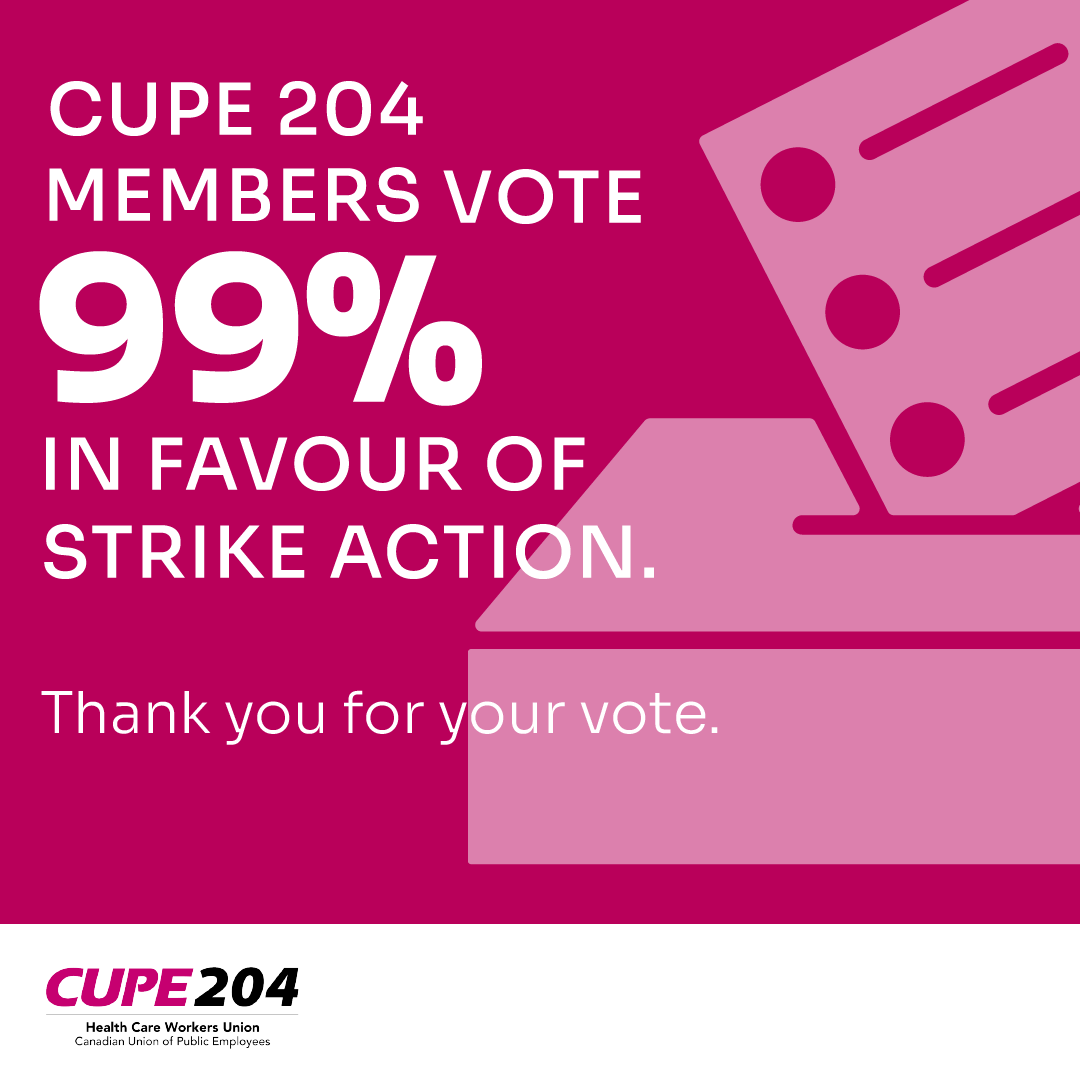 Health care support staff have been putting their lives and their families’ lives at risk every day by  showing up to work on the frontlines of the pandemic from day one, a fact which has not been  recognized at the bargaining table.

“Right now, Manitoba has 18,000 health care support staff who are exhausted and who feel disrespected by the government, despite being lauded as heroes,” said Debbie Boissonneault, President of CUPE 204. “This is both an overwhelming mandate, and a scathing review of government’s inability to recognize health care workers.”

CUPE healthcare workers have been sending a strong message to the government with a Province wide average of 97% in favour of strike.

The results by region are as follows:

“Health care workers have been working harder than ever for the last year and a half because they are dedicated to providing the services required to ensure that Manitobans receive the highest quality health care possible,” says Darrin Cook, President of CUPE 4270.

“It’s time for the provincial government to show leadership and recognize the sacrifice that health  care support workers have been making and immediately make settling health care contracts a  priority,” said Christine Lussier, President of CUPE 8600.